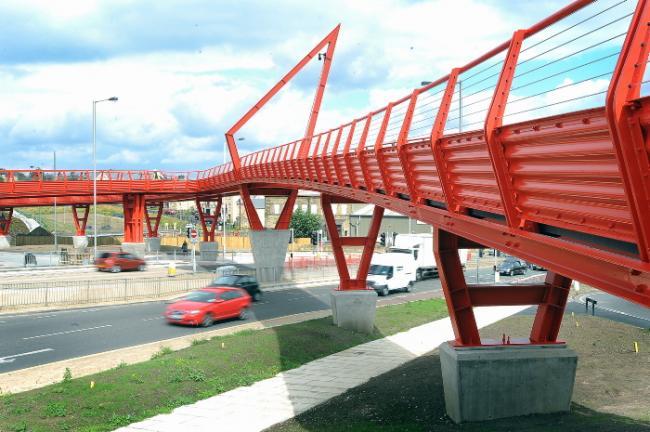 An “arrogant” young driver who led the police in two very dangerous chases within an hour and then bragged about them escaped immediate jail time.

Waqas Khan told officers during the arrest that he loves life and enjoys leading them on prosecutions in the Ilkley area and central Bradford.

Khan, 20, of Baird Street, Little Horton, Bradford, was told by the judge who convicted him today: ‘It was appalling conduct made worse by the arrogance you showed when you been arrested. ”

Khan had shown “an arrogant indifference to the danger he posed to others,” recorder Ian Mullarkey said and even bragged about it.

Prosecutor Emma Handley told Bradford Crown Court he was seen driving a VW Golf in Ilkley at 7.15pm after police responded to reports of a “suspicious driver”.

Khan immediately pulled away from the marked patrol car, entering a blind bend and forcing other drivers to take evasive action to avoid a collision. Miss Handley said the risk to members of the public for her conduct was so great that the officer ended the pursuit.

At around 8 p.m., Bradford police sighted the Golf on Canal Road. He accelerated to 70 mph in a 40 zone, skipping several red lights on the Shipley / Airedale road before accelerating along Hamm Strasse.

Police used their vehicles to stop the Golf on Manchester Road and Khan was arrested at the scene. He told officers he loves life and loves chasing him.

When questioned later, he said he went to the Cow and Calf in Ilkley and walked away from the police because his passenger smoked cannabis. Khan said he believed an armed response vehicle was after him in Bradford and accelerated because he didn’t want to be shot.

In mitigation, Fuad Arshad admitted that the conduct was “totally unacceptable”.

Khan was extremely immature and had a difficult upbringing. He did not have a job but had a degree in health and social care. He used cannabis to manage his mental health issues.

â€œHe recognizes that his conduct is not acceptable. There is a feeling of not appreciating the serious nature of where we are, â€said Mr. Arshad.

Recorder Mullarkey sentenced Khan to ten months in a juvenile facility, suspended for 18 months, with 150 hours of unpaid work and a three-month curfew order.

He was banned from driving for 18 months and until he resumed an extended exam.