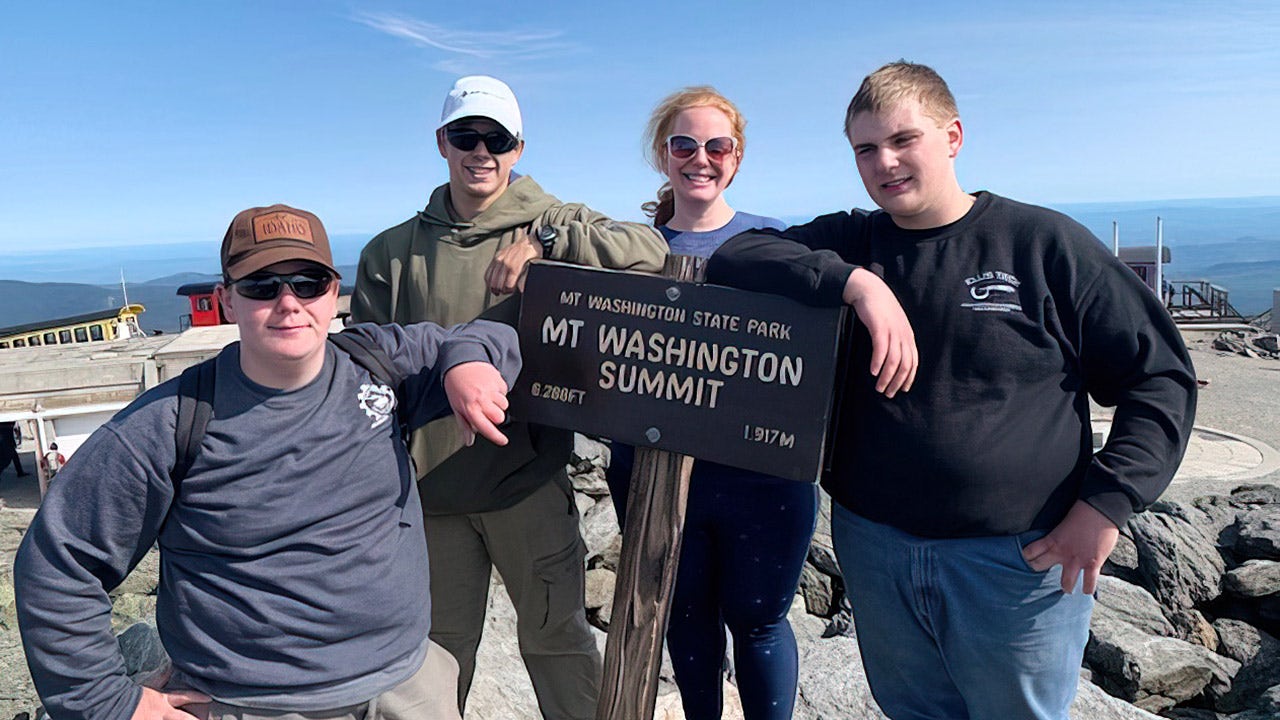 A Connecticut high school student is channeling his frustration and anger over the continued school mask mandates in his state into awareness, awareness and activism.

He wants others to know how difficult forced mask-wearing has been for students day in and day out, throughout the pandemic — and why he thinks it should stop.

Lucas Johnson, 17, and other Connecticut high school students want their classrooms and school experiences back to normal now throughout the constitutional state. They know their state is dropping the mask mandate — according to Gov. Ned Lamont, the mandate will end Feb. 28 — but they don’t want to wait another minute.

Nor do they know what is on the horizon.

“This isn’t just a fight for freedom,” Johnson told Fox News Digital this week in a phone interview. “This is a fight for our generation.”

High school student Lucas Johnson, right, on a recent family vacation. He shared his concerns about the forced masking of students at school with Fox News Digital this week – and says the fight for mask mandates is “a fight for our generation”.
(Patricia Johnson)

“All of our science shows that children are the least susceptible to COVID but the most vulnerable to everything we’ve done,” Lucas Johnson said, referring to growing anxiety, depression and other issues. mental health issues that have emerged over the past two years.

“I will continue to fight as hard as I can until the children return to a normal environment at school,” he added.

Johnson founded the advocacy group, Connecticut Students for Liberty. On Wednesday, February 8, the group traveled to Hartford, the state capital, and stood on the steps of Connecticut’s Statehouse, speaking out about how mask mandates have affected their lives. .

Among Johnson’s comments that day, which caught the attention of some local media: “COVID mitigation tactics at school, especially the mask mandate, have been detrimental and harmful to mental health students,” as Connecticut Insider noted of Johnson.

Lucas Johnson, second from left, with other family members on a recent vacation. His student advocacy group helps other kids “get involved and stand up for themselves,” he told Fox News Digital.
(Patricia Johnson)

Lucas Johnson described his small advocacy group to Fox News Digital as 30 to 40 kids “willing to do hard work” for their freedoms.

“It’s an outlet for kids,” he also says of the group, “to get involved and stand up for themselves.”

Their goal is to hold the Connecticut state government accountable.

Even though restrictions across Connecticut may soon ease, these worried students are not. They want their state to “drop the mandates immediately.”

Lucas Johnson (far left) with members of his family – he is the eldest of seven children and the family have another child on the way. His mother described him as “the leader of our pack”.
(Patricia Johnson)

Johnson isn’t just focused on the present. It anticipates potential dangers around the state plan.

“The Governor is asking the Legislature to write the mandate into law for the period between February 15 [when Gov. Lamont’s executive order expires] and Feb. 28,” when authority is to be transferred to school administrators, Lucas Johnson told Fox News Digital. “Since they don’t have a bill in front of them, we don’t know who will take authority over mask mandates after the executive order expires.”

Johnson said he and his peers felt “disconnected from their teachers” every day at school because of the masks they had to wear.

“Children are traumatized,” he said. Masks, he said, make it easier for children to “hide their emotions”.

Lucas Johnson, a high school student from Connecticut, told Fox News Digital he was troubled by the mask mandates and wanted them to end now — and he hopes they don’t reappear under a different name.
(Patricia Johnson)

Forced mask-wearing, he says, has also created an unhealthy fear of COVID inside school – not something that is often reported.

“You walk out of school and there’s no mask anywhere,” Lucas Johnson said.

So “school is a scary environment now.”

All of this and more is why Johnson’s group staged a recent school strike by 150 students who oppose mask mandates.

“We’ve seen Lucas work tirelessly to stand up for his peers and stand up for those who feel let down by the adults in their lives, namely the professionals at their schools.”

Johnson also said he had issues with COVID mitigation tactics at school. He has had to be quarantined four times due to contact tracing – and the stories he hears from other students and peers inspire him to stay active and involved.

Incidentally, his mother, Patricia Johnson, stands firmly behind her son as he speaks loudly for his comrades.

“We are very proud of our son Lucas,” she told Fox News Digital in an email.

“My husband and I have worked hard to instill courage in our children to stand up for what they believe in,” she also said. “But over the past two years, we’ve seen Lucas work tirelessly to stand up for his peers and stand up for those who feel let down by the adults in their lives, namely the professionals at their schools.”

“Not only did he help these students find their voices,” his mother continued, “he worked so that they were no longer bullied and silenced for trying to express their painful experiences.”

Kathy Koch, PhD, an educational psychologist based in Fort Worth, Texas who focuses on children and the impacts of COVID, told Fox News Digital this week that she was “really concerned” about what was going on. with children and forced masking.

Mask-wearing, Koch said, made sense at the start of the pandemic — now, “we need to prioritize the well-being of children and the purpose of their attendance at school,” she said .

Governor Ned Lamont of Connecticut is pictured in the foreground, with an image of the state capitol building behind him. Connecticut students want existing mask mandates removed immediately — and they don’t want another to emerge under a different name.
(iStock/Reuters)

She doesn’t say any of this lightly, she added, because “the virus is real”.

But “if the children get [the COVID virus], they tend not to have any serious effects or symptoms. I care about their emotional health, their intellectual health, their social well-being. I know a child who went home to his mother [recently] and said, ‘I don’t know anyone at school. And I don’t know what anyone looks like. Social well-being is essential” for our young people, she stressed.

The purpose of the school, she also said, is “to learn how to live life. We missed the mark on so many things,” said Koch, founder and president of Celebrate Kids Inc., a organization that helps parents and educators. understand and meet the needs of today’s children. She is also a faculty member of Summit Ministries (Summit.org).

“I’m very worried” about what’s going on, Koch said. “I don’t want any of our young people to be defined by loss. They lost football seasons, piano recitals, spring plays – and grandma and grandpa couldn’t come to their degrees. These things are very real,” she noted.

“But I want young people to pay more attention to what they are doing have what they don’t have. And we, as adults,” she advised, have to lead them that way.