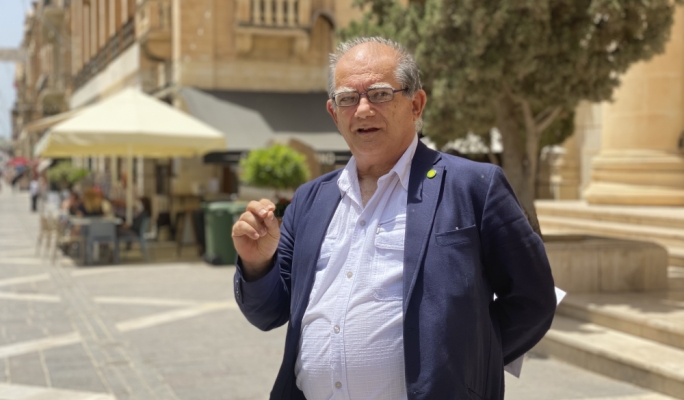 Malta needs real solidarity and not gifts from “Santa Claus”

“In these critical times, what we need is targeted assistance and not random gifts. We do not need a ‘Santa Claus’ policy but real social solidarity aimed to those who need it most,” Cacopardo said at a press conference at Reggie Miller Square in Fgura on Saturday.

ADPD candidate in the third and fourth electoral districts, Brian Decelis, said the ADPD agrees that now is the right time for public funds to be given to those left behind by the pandemic, having suffered a long-term negative impact on their quality of life.

“First, there are those who have lost their jobs, followed by those whose incomes have been drastically reduced. These vulnerable people join others from all age groups who, pandemic or not, still need social support,” Decelis said.

But the AD candidates said the 70 million euros in spending does very little to help those who need it most, “not everyone needs social solidarity in the current circumstances”.

“For those working in precarious conditions, low-income pensioners, low-wage families and those dependent on social benefits due to physical or mental health problems, the maximum grant of €200 they will receive does not very little to meet their conditions for a decent life,” Decelis said.

He added that it was misguided to spread the country’s limited resources over everyone instead of targeting those most in need. “In practice, aid won’t help those who really need help anyway. It will simply serve as a propaganda exercise on the eve of the election aimed at giving “something to everyone”.

ADPD President Carmel Cacopardo said the misguided effort to extend aid to everyone, including those who do not need it, was a waste of the country’s resources.

“In these critical times, we need real help and not gifts: not a Santa Claus policy but social solidarity aimed at those who need it most.

“We agree that basic electricity consumption is subsidized; but it is not fair that this subsidy should be distributed down the line to those who waste our precious energy resources. It would be fairer for overconsumption to be invoiced without any subsidy. This also applies to gasoline and diesel. The social, health and environmental cost of waste must be taken into account.

Cacopardo said financial aid to vulnerable sectors of society depends on fiscal morality. “Let everyone pay their dues on time without exception, so that whoever earns the most helps those who need it most. Despite all the good intentions there may be, the measures announced by the government this week devalue the meaning of social solidarity since it is obvious that a substantial part of the aid will be granted to those who hardly need.

In conversation with Charm Little-Ray, BK Taylor and Lyosha Gorshkov – The Colgate Maroon-News