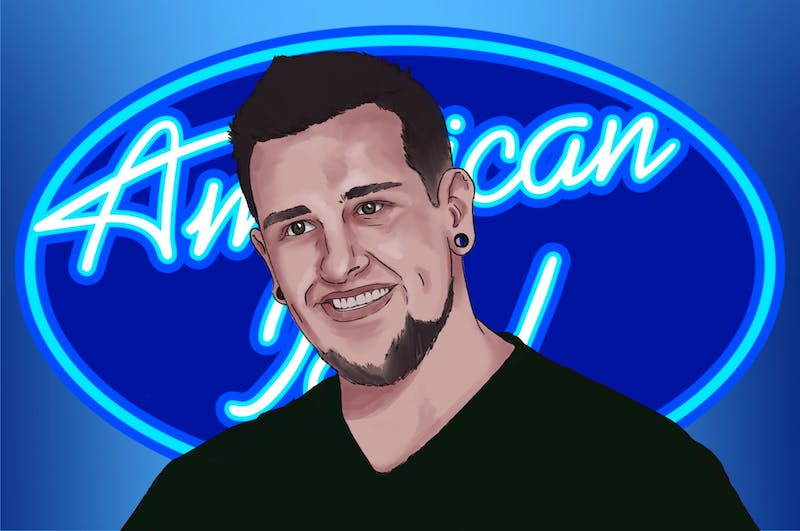 From competing in talent shows to singing in church with his family, music has always been a big part of Dansville native Jacob Moran’s life.

It wasn’t until Moran started posting videos of himself singing on social media that he realized music could be more than just something to enjoy in his spare time. His posts got enough attention that an “American Idol” producer contacted him in 2019 and suggested he audition.

“I think that’s kind of when I was like, ‘Maybe I could do something with this,'” Moran said. “If ‘American Idol’ reaches out to me, and I don’t have to go to an open audition, that’s pretty good.”

Moran ended up qualifying for the “Hollywood Week” round in 2019 before being eliminated. Now, he is on the show for the second time and said he made changes that made him better prepared than before.

“Since then, I’ve worked on myself and worked on my physical health, my emotional health,” Moran said. “I lost 60 pounds from the first audition to this audition, and it’s just been a learning and growing process. Now I’m back and I feel like it’s more realistic and achievable. than ever.

Moran is ready to pursue a music career at any cost, planning to quit his job as a nurse in East Lansing and move to Los Angeles. He said it was difficult to decide to leave his colleagues and patients, but it felt necessary.

“I want to sing my heart out,” Moran said. “I want to learn how to do all the things, like the business side of music. … I want to make it my life.

Moran said he’s been on “information overload” since joining the show.

Moran is homesick for all his friends and family in Michigan, but knows the experience will be worth it in the end.

“Overall it was an amazing experience, I’m extremely grateful for that,” Moran said. “But my family supports me. Everyone is united. I have a lot of support backing me up, which makes it all possible.

Jacob Moran’s contest as one of the top 24 contestants airs at 8 p.m. Sunday, April 10 on ABC.