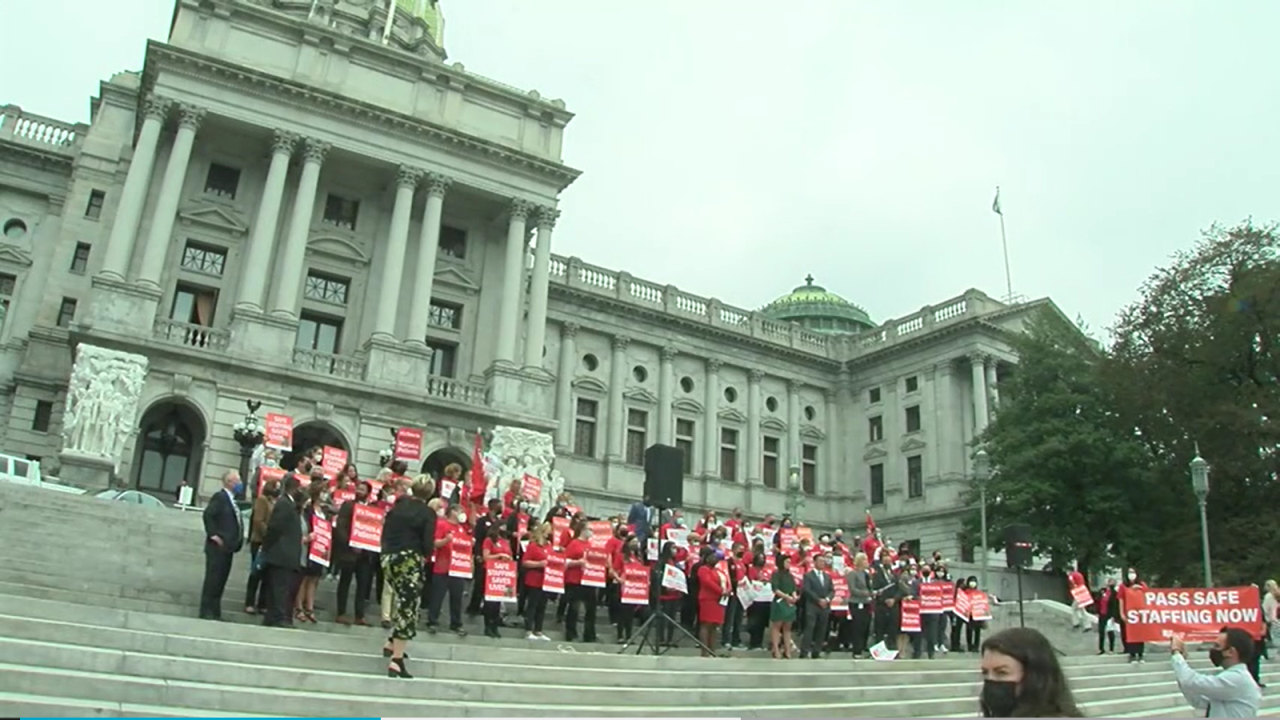 Editor’s Note: The spelling of Maria Collet’s name has been corrected.

HARRISBURG, Pa. (WHTM) – When it comes to nurses, Pennsylvania’s healthcare system is very sick and advocates say if something isn’t done quickly, patients might not get there.

Nurses in red shirts issued a red alert: “In the hospital, your life is in danger,” said Shannan Giambrone, registered nurse at Mercy Suburban Hospital.

To reduce the danger, House Bill 106 would require nurse-patient ratios. “Dangerous staffing is like driving while intoxicated – sure, sometimes we get home safe, but every time we’re at risk, and the time for that risk is over,” Giambrone said.

Democratic Senator and nurse Maria Collet sponsored the bill and said it would make the system healthier. “Defining these limits leads to better patient outcomes. Lack of staff is the main factor in nurse burnout and turnover, ”said Collet.

Get daily news alerts, weather and breaking news straight to your inbox! Sign up for abc27 bulletins here!

Republican State Representative Kacey Tomlinson sponsored the House version. Her sister is a nurse. “I saw firsthand the face of my sister’s frustration and exhaustion after another overwhelming change in the ER,” said Tomlinson.

“Imposing a ratio prescribed by law is not a good idea,” said Warren Kampf of the Hospital Association of Pennsylvania. He also said hospitals are paying nurses retention and signing bonuses and still cannot find enough workers.

“A ratio imposed by law is not going to create nurses out of thin air,” Kampf said.

‘It’s absolutely hard to watch’: a look inside a COVID intensive care unit

The state is trying to remedy the shortage. On Tuesday, the state announced that $ 6.5 million in funding from the CARES Act will be used to repay student loans for nurses and to create apprenticeships.

Almost everyone appreciates the work of nurses, especially during the pandemic. But what these nurses need is more people to become nurses.

Indonesian midwives resilient in the face of COVID-19 pandemic – Indonesia