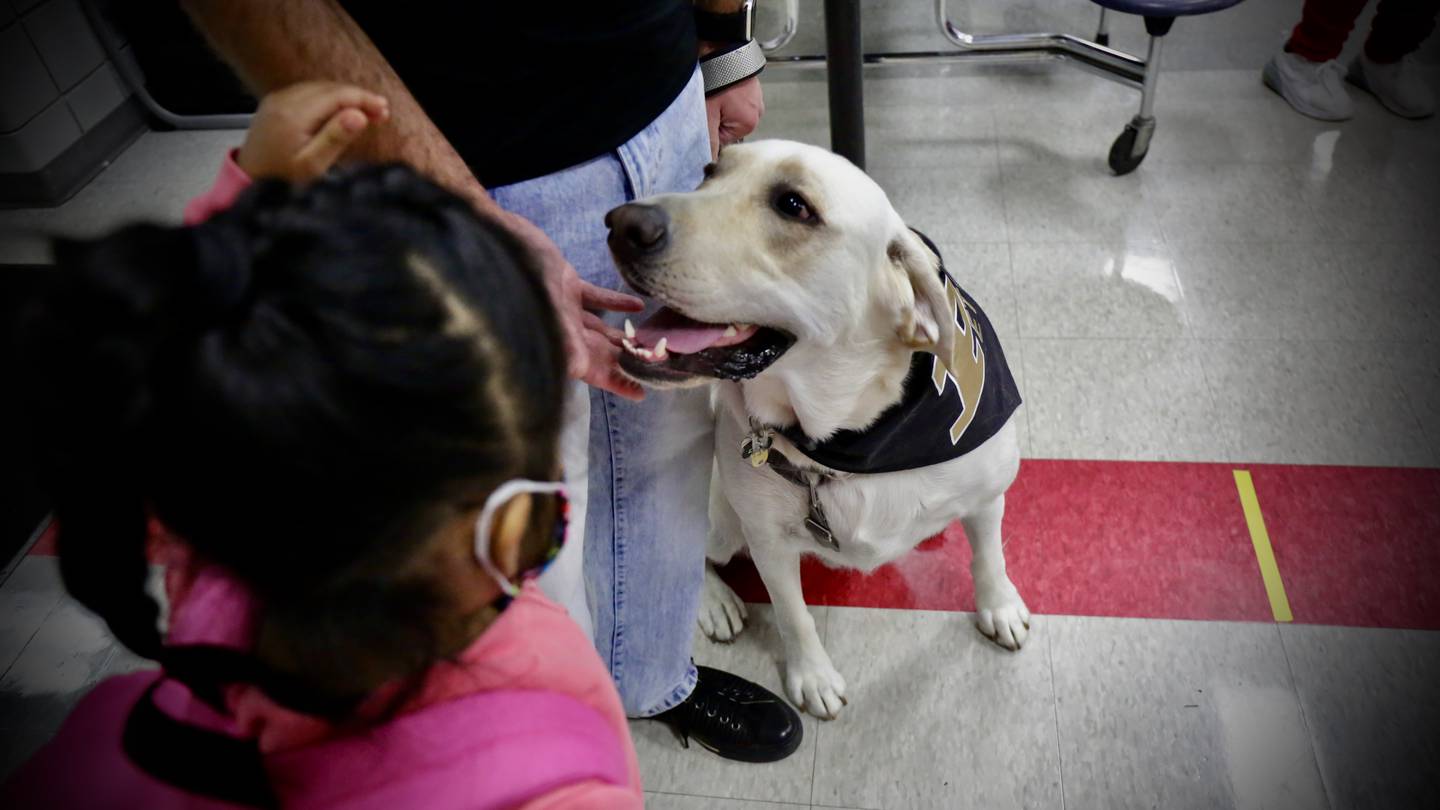 SPRINGFIELD – Students at a Springfield elementary school now have a new furry friend who walks the halls every week.

Pete, whose owners are Kevin Schalnat, principal of Horace Mann and his wife Sarah, was recently certified as a therapy dog â€‹â€‹after starting training at just 6 months old, the spokesperson said.

â€œPete, Principal Schalnat and his wife Sarah have gone through intensive training to make sure Pete is ready to be a part of the building and neighborhood community,â€ the spokesperson said.

â€œHe and Principal Schalnat have taken several courses in obedience, self-awareness and even tricks! Pete can shake hands, say hello, and complete over a dozen additional tasks on command.

Schalnat plans Pete to make weekly visits to Horace Mann, but Pete will be available to go anywhere he needs to in the school district, the spokesperson said.

â€œAccording to a National Institutes of Health study, the use of therapy dogs in schools provides benefits for the physical and emotional health of students, promoting a positive mood and decreasing stress. Therapy dogs have also been shown to build a child’s confidence and empathy, â€the district spokesperson said.

In times of crisis and tragedy, the district had called in a team of therapy dogs from outside organizations to help the students. Now the district will have Pete on weekly visits and plans to add a second therapy dog.

Gunner, who is owned by an occupational therapist in the district, is currently undergoing training to become the next therapy dog â€‹â€‹in the district after receiving his certification, the spokesperson said.