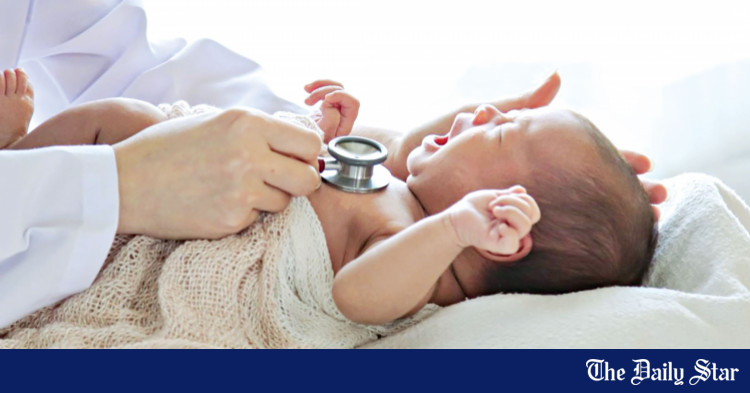 A new study published in The Lancet estimates that acute lower respiratory tract infection attributable to respiratory syncytial virus (RSV) was responsible for more than 100,000 deaths in children under five worldwide in 2019.

RSV is the leading cause of acute lower respiratory infection in young children, and updated estimates reveal that children six months and younger are particularly vulnerable.

For all the latest news, follow the Daily Star’s Google News channel.

Worldwide in 2019, there were 33 million episodes of RSV-associated acute lower respiratory infections in children under five, resulting in 3.6 million hospital admissions, 26,300 deaths in hospital and 101,400 RSV deaths overall. This represents one in 50 or 2% of annual deaths from any cause in this age group.

In 2019, 6.6 million children under 6 months suffered from acute lower respiratory tract infections associated with RSV. RSV caused 1.4 million hospital admissions, 13,300 hospital deaths and 45,700 total deaths in this age group, or 2.1% of annual deaths. In low- and middle-income countries, 97% of RSV deaths in children under 5 years of age occurred.

Early identification of cases in the community and referral to hospital of sick children (especially those with low peripheral blood oxygen saturation) and effective and affordable universal immunization programs will be essential to coming.

ICG in preparation for IDY through yoga and spirituality