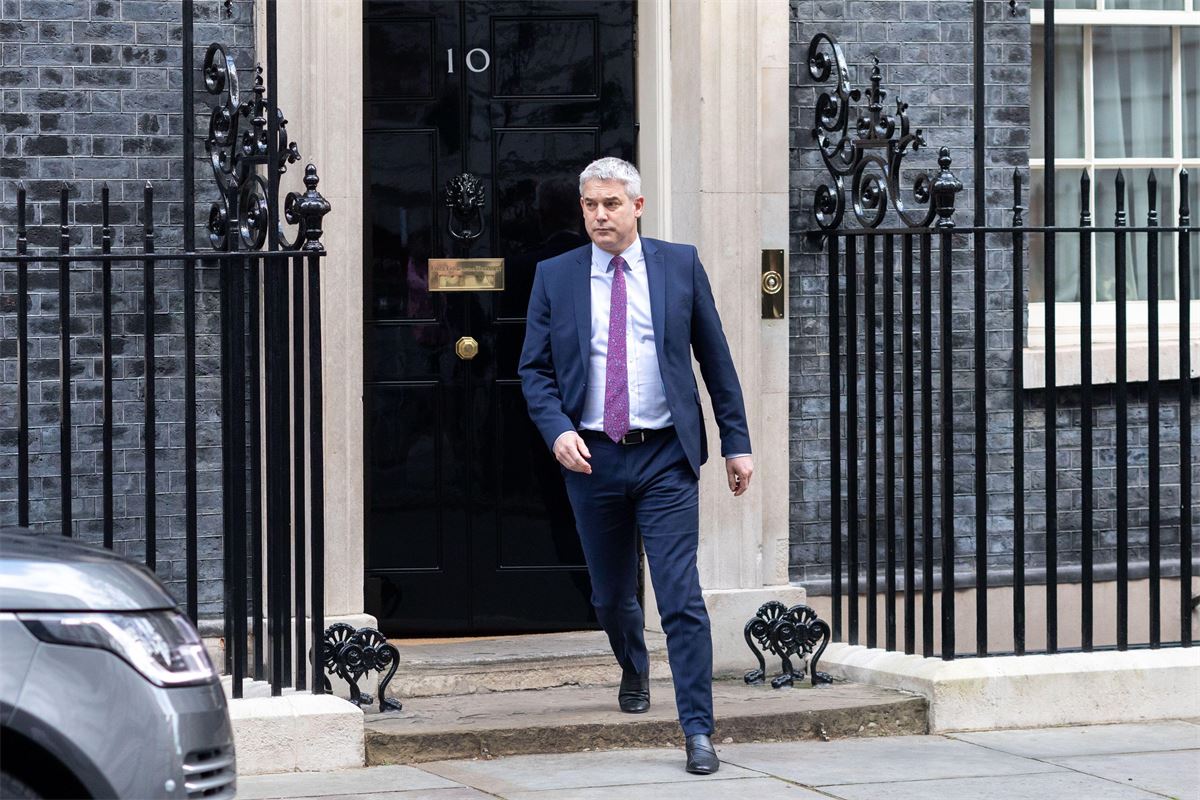 Steve Barclay promised a ‘small state’ – but what does that mean?

Steve Barclay, No 10’s new chief of staff, promised on Sunday that the Johnson government would “step back” and favor “a smaller state”.

“Now it’s a priority to restore a smaller state – both financially and by taking a step back from people’s lives. It’s time to return to a more empowering approach. Trusting people, making the power to communities and freeing up business to deliver,” Barclay wrote.

But how do we know what a “small” state is? Disputes over big and small governments often use different measures, and the disputing parties talk to each other. So what metrics can we use?

I would suggest four dimensions. The one that exercises Conservative MPs the most right now is the government’s use of authority (laws, rules and regulations) because of Covid.

The government has in effect extended its use of laws and rules to areas of activity that few would have thought possible a few years ago. Partygate, as it’s called, is happening because of laws about who could meet whom and for what reasons during the pandemic.

More generally, there has been a vast expansion of regulation in all developed countries over the past 100 years, and constant calls to “roll back” legislation. The Brexit wars were partly fought over regulation.

There is no simple way to measure the degree of state regulation of individual or collective behavior. We all know it has increased, but it’s hard to put a figure on it. And when people claim that some governments use regulation less – Singapore, for example – they often ignore the aspects of formal and informal control that these governments exercise.

While the current government may proclaim its intention to reduce the regulatory power of the state in the economic sphere and over public health, it is simultaneously increasing its regulatory power over a number of civil liberties such as nationality, the right to voting, protest and limiting judicial review of its decisions.

Money is usually the other dimension people think of when considering the size of government – ​​more specifically “get and spend”. The government has certainly grown on this dimension, massively, during the pandemic.

Over the decade from 2010-11 to 2019-20, government spending in the UK has steadily declined (relative to GDP). Then came the Covid pandemic.

The combination of large-scale spending on public health – such as the £37billion allocated to NHS Test and Trace and the nearly £70billion spent on the furlough scheme – and the economic impact of restrictions on Covid have massively increased government spending relative to GDP. The data in the diagram below comes from the statistical analysis of public expenditure 2021.

Organization is another dimension on which the size of the state can be measured. What activity does the state organize directly? The most obvious measure of this is the level of employment in the public sector.

At the beginning of 2010, employment in the public sector represented 22.3% of total employment. But by the start of 2019 – and the effects of a decade of austerity – ONS statistics show that figure had fallen to just 16.5%.

This should be treated with some caution, however. During this period, some public sector jobs were “outsourced” to private contractors – still funded by public expenditure, but now employed in the private sector. And some entire organizations have been reclassified as “private sector” – like much of higher education.

The pandemic has also seen large-scale changes in this direction – new organizations created to deal with the pandemic have been largely outside the public sector – such as test and trace, and flagship labs handling Covid testing

However, the government has also promised increases in some areas of public employment – ​​such as reversing the 21,000 police cut, increasing the number of NHS doctors and nurses and more. As a result, there has been a slight increase in public sector employment – up to 17.5% in the third quarter of 2021.

Information is the other – often overlooked – dimension for measuring the size of government. Since the mid-19th century, developed countries have massively increased state capacities to collect, analyze and disseminate information about society – demographic, economic, social, health, etc.

Controlling this information can be a vital government tool. A good example right now is the measurement of the Covid pandemic. This has been primarily a government responsibility through the provision of testing and reporting of infections both ‘on demand’ (the free distribution of test kits) and through more accurate investigation by the ONS .

A request for information said to come from those like Steve Barclay who want a ‘small state’ was to end the free distribution of Covid test kits and, more controversially, to end the ONS investigation. As then-US President Donald Trump said in June 2020, “if we stop testing now, we would have very few cases, if any.”

This perfectly illustrates how controlling the flow of information can be a powerful lever for governments to shape public policy debate and – as we have seen during the pandemic – to influence public behavior based on the messages that they broadcast (or not).

Authority, money, organization, and information are all powerful tools of government and dimensions for measuring – or at least estimating – the size of government. How far Steve Barclay and his colleagues will “roll back the state” on each of these points remains to be seen.