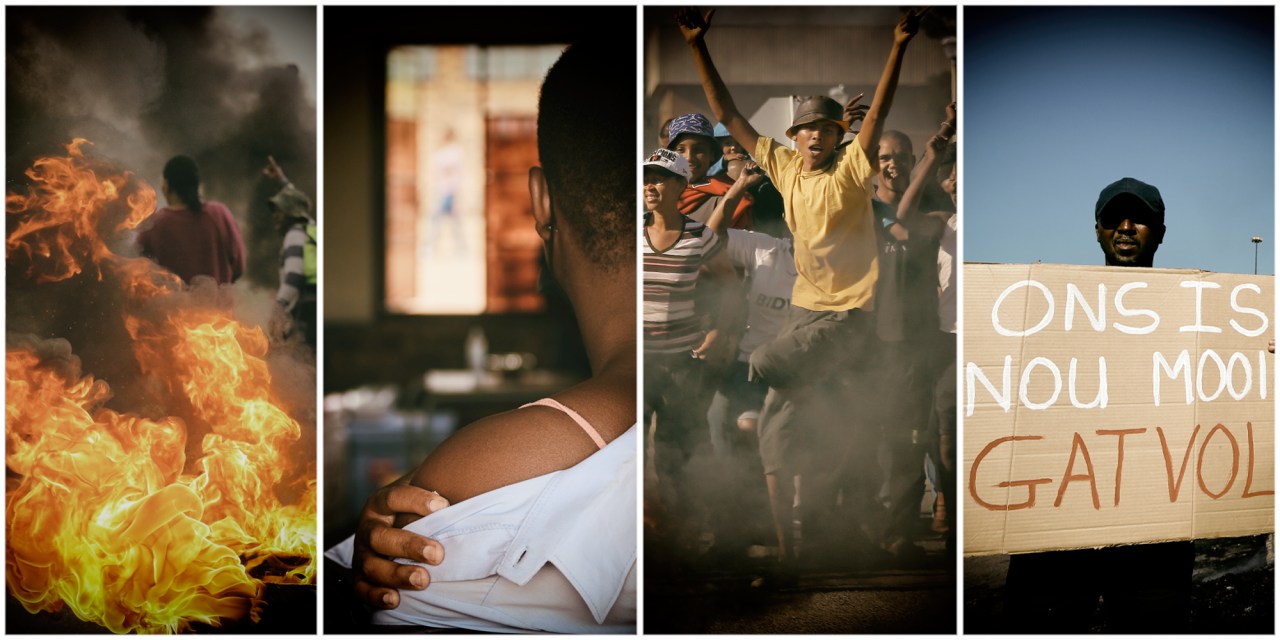 It has been 70 years since South Africa had a nationwide rural uprising. Protest action has been a distinctly urban phenomenon in the country since the 1970s and even after democracy, with the rise of unrest related to urban service delivery. The ambitious goal of liberation policies has been urban inclusion rather than rural reconstruction and development.

But with increasing reverse migration due to the inability of the urban economy to support unemployed youth, chronic rural hunger, shocking levels of death due to Covid-19, as well as widespread spiritual insecurity due to the failure of customary practices, the rural social economy and the cultural fabric have been shattered.

How do these conditions compare to those that have sparked rural protests in the past? And what could be done to prevent rural revolt and further destabilization?

In the 1950s, it was the introduction of Bantu authorities and the modernization of rural poverty through state-sponsored land and village ‘improvement’ planning that sparked the political mobilization and civil unrest. From Witsieshoek rebellion in 1951 up to the 1961 Pondoland Revoltsthe rural landscape has been inflamed by protests against the apartheid-style falsification of traditional authority, customary power and control of rural resources, including land and livestock.

The protests were largely defensive actions by rural communities and often localized responses to the installation of new chiefs, the slaughter of livestock, or the fencing off of farmland. They responded to a perverse form of rural modernization driven by the state’s hold on customary power. Communities felt that their sovereignty and control over local resources would suffer, and they traveled to the mountains in a way that was no different from the gathering of miners on the “koppies” around Marikana in 2012.

In these cases, it was not white monopoly capital that was the main enemy, but a state-imposed assault on customary power that brought about a kind of war nationalism from below, led by men who recalled the spirit of primary resistance against colonial dispossession. In the time of Covid, custom was again challenged by the imposition of an external, Northern biomedical regime that backfired on community practices and customary beliefs.

In many rural parts of South Africa, rural communities have been angered and confused by the imposition of Covid-19 regulations and have come to the conclusion that the state assumes it is their customs that have caused Covid, when they felt they had nothing to do with the spread of the pandemic. They were also angered by the extent to which traditional leaders sided with the state and the exclusion of community participation from local prevention strategies.

Later, when called upon to participate in vaccination campaigns, supporters again emphasized the dangers of rural cultural beliefs as a bulwark against progress and enlightenment.

In our March 2022 research on vaccine hesitancy in the former Transkei, we discovered that vaccination was often more about compliance than free will. It is the fear of what might be lost in terms of access to the labor market, to medical and other basic services and in particular to social grants that has motivated many young rural residents to avail themselves of their bodies for the vaccination.

Many also spoke of the influence of death in the family on their decisions and the fear the pandemic has instilled in customary life, and the great difficulties they currently face in restoring spiritual security and social cohesion.

There is a frenzy of new ritual activities in many rural areas of the Eastern Cape, amid a widespread perception that the cultural and spiritual work of customary practices is proving ineffective. Hunger is now gripping the land as families attempt to reorganize and adopt strategies against deepening poverty. In this context, there is a strong feeling that the state has not provided support and that traditional leaders have been absent from action.

In our recent survey, only 10% of families said they were willing to listen to local politicians and traditional leaders on issues related to vaccination and Covid. They showed low levels of trust in government and said they relied most on what they had learned from family, churches and local community groups. Some said they feared vaccination so much that they had agreed within their family that only one parent would be vaccinated, so that if they died, there would still be someone to take care of. take care of children.

The low levels of trust in the biomedical regime are less a reflection of the deep conservatism of rural communities than a reflection of their betrayed sense of trust. The belief that they would be protected and their families defended against the force of the pandemic, rather than blamed, ignored and even vilified by the state. Admittedly, there was a gigantic effort by the Eastern Cape Health Department and the Prime Minister’s Office to reach out to rural communities to meet their immunization goals.

Nor is the resistance we encountered the product of a rejection of the power of Western biomedicine, as only 18% of respondents said they did not believe in Western biomedicine. In fact, levels of trust in the biomedical system were higher than in traditional healers, although the greatest number preferred to use both clinics and traditional healers. This is of course not surprising given the history of disease management in rural communities, including the protracted AIDS pandemic of the post-apartheid years.

The Covid pandemic has thus created a biomedical crisis with profound cultural, political and economic implications that are reflected not only in the spread of hunger and distrust, but also in the torn social fabric. There are deep gender and generational fissures that need to be repaired and an increase in incidents of witchcraft-related violence, especially against older women. As in the 1950s, there is an increase in rural crime with predatory gangs of young people moving into rural areas to prey on the weak.

One of the main complaints about police presence at funerals in 2020 and 2021 was that they were wasting valuable time and resources on activities that were none of their business when they should instead be prosecuting criminals and protecting citizens. law-abiding rural people. The Covid-induced erosion of community life, compounded by physical distancing, fear, hunger and customary prohibitions, further impacted the evolving situation.

Constantly presenting Covid as a health crisis in rural South Africa, or as a crisis of government corruption over PPE and resistance to vaccination, understates the wider social and political changes taking place in rural areas, and the possibility that the long span of rural conformity and passivity could be coming to an end.

Threatening policies, such as “you will lose your subsidies if you vote against the ruling party” or “if you are not vaccinated, you cannot use the clinic”, carry less weight today than in the past. past. Instead, we’ve seen young people increasingly say that if you want access to our bodies, you need to make sure that welfare benefits are paid.

Scholars are now writing about the need to understand the “intersectional precarities” of Covid in Africa – how different aspects of the crisis are interconnected, such as disease, hunger and social isolation. The history of rural politics in South Africa shows that it is precisely this intersectionality that sparks revolt, such as the spread of bovine lung disease with drought in Xhosa cattle slaughterhunger with land alienation during the Bulhoek Rebellion in the 1920s or the manipulation of customary power with the slaughter of cattle during the rural revolts of the 1950s.

In the distant past, the rural poor were more easily mobilized by the millennial vision of prophets, priests and princes promising a fresh start in a world of restored harmony, social health and prosperity, than by the manifestos of secular and political politicians. parties. Even in the 1950s, there were still flickering hopes of a world beyond and without whiteness. These are not the visions of the rural poor in a post-colonial African democracy today.

The rural poor are now adopting a new type of politics that relies less on restoring and defending tradition than on meaningful inclusion. Rural communities are looking for a new deal capable of transcending the colonial oppositions of modernity and tradition and of inciting action towards a more participatory rural development.

The politics of threat versus conformity has less power than before in an old order that is ready for change – the kind of change that includes democratic public health and the right to sustainable livelihoods, while respecting the need to protect customary practices. DM

Professor Leslie Bank is Deputy Director of the CRSS Inclusive Economic Development Group. He is co-author with Nelly Vuyokazi Sharpley of a new book, Covid and custom in rural South Africapublished by Hurst Press.