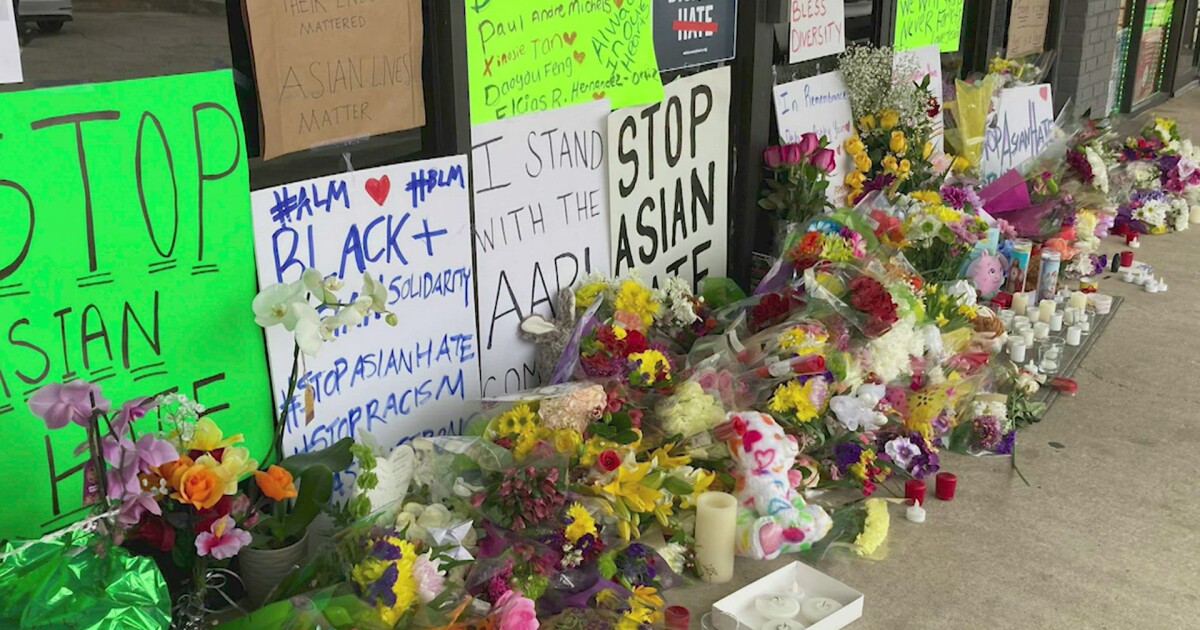 Two years into the COVID-19 pandemic and one year after the fatal Atlanta spa shooting that targeted and killed people of Asian descent, reports of anti-Asian and Pacific Islander violence and bigotry increased. Stop AAPI Hate, an organization that tracks and reports on these acts of racism that began since the start of stay-at-home orders in the United States, released its latest report this month, noting that verbal harassment continues to represent the largest share of reported incidents. Despite the fear and damage caused by the type of street harassment hurled at Asian Americans and Pacific Islanders, the conduct is not criminal, leaving little recourse for its victims.

“If the word had no effect, we would not protect it as a fundamental right of the constitution. Speech can have extremely beneficial effects, but speech can also be really harmful and cause psychological damage and physical manifestations of psychological harm,” said Erwin Chemerinsky, dean of the law school at the University of California at Berkeley. . “The fact that the speech was offensive and upsetting is not enough under current First Amendment law to cause it to be punished.”

Chemerinsky was also the founding dean of the Irvine School of Law at the University of California; authored over 200 law review articles; and is the author of more than a dozen books, including his most recent, “Presumed Guilty: How the Supreme Court Empowered Police and Overturned Civil Rights.” Michael Ichiyama is a clinical psychologist and chair of the Department of Psychological Sciences at the University of San Diego. They each took the time to discuss verbal harassment from a legal and psychological perspective, looking at how it is defined and the ramifications for its victims. (These interviews have been edited for length and clarity.)

Q: In general, can you talk about what is generally qualified as verbal harassment, from a legal point of view?

Chemerinsky: The law is clear that freedom of speech is generally protected in our society, even very offensive speech is generally protected. However, it is not an absolute right, so threats are not protected by the First Amendment. If the speech is such that it would cause a reasonable person to fear imminent danger to their physical safety, it is not speech protected by the First Amendment. If someone is walking down the street and a group surrounds him and says things to him that would make him fear he is about to be beaten, those who engage in this talk can be punished even though none of the blows are struck. The First Amendment has no right to make people feel threatened.

Harassment in the context of an educational institution or workplace is speech that is not protected by the First Amendment. If an employer says to an employee, “sleep with me or you’re fired,” just because it’s speech doesn’t mean it’s constitutionally protected. It’s not. In fact, in the context of educational institutions or workplaces, the law clearly states that speech that materially interferes with a person’s employment or educational opportunities because of race, gender, religion or sexual orientation are not protected.

In this context, street harassment can cover a wide range of different expressions. It can be simply shouting an insult at someone based on their race or gender. These may include offensive and sexist comments made to women as they walk down the street. She might also rise to the level of a reasonable person feeling threatened by her. Under the First Amendment, offensive speech is protected. You can’t punish someone just for saying something offensive, but if it’s threatening or elevates it to the level of harassment at work or school, then it’s not protected by the First Amendment.

Q: Can you talk about what is generally referred to as verbal abuse, from a psychological point of view?

Ichiyama: These are verbal acts committed with the intention of humiliating, insulting, threatening, belittling and/or intimidating others. These verbal transgressions often involve themes related to manipulation and the exercise of power and control over others.

Q: What kinds of physical reactions are usually caused by being the victim of verbal harassment? And how do these physical responses affect the person’s physical health?

Yasui: Specifically in relation to race, there is now a great deal of literature that has shown that there are mental health effects of having experienced discrimination or racism. There is also literature now that shows that when confronted with racism, there are effects on the physical health of the person. For example, blood pressure increases, cortisol (the stress hormone in the body) is elevated, especially among populations where there has been constant oppression. In studies, it was found that there was an epigenetic effect; with a group of Holocaust survivors, they discovered that the offspring of survivors also carried the effects of the trauma of the previous generation. I think it’s very clear that when there’s racism, that kind of trauma takes a toll on the physical body, and sometimes that can be passed on to the next generation who may not be the direct victim of the stroke or trauma.

Q: How do instances of verbal harassment affect a person’s mental and emotional health?

Ichiyama: These could include increased levels of overall anxiety/fear, hypervigilance around one’s surroundings, social isolation and withdrawal, and self-degradation, to name a few. In the event of prolonged or repeated incidents, it can potentially lead to hopelessness and depression. Inadequate coping with the resulting stress, such as alcohol or substance abuse, may be present. In severe cases, self-harming behaviors or suicidal ideation may occur. Verbal transgressions toward Asian Americans are frequently based on the damaging stereotypes that all Asians are the same (“clumping”), or that all Asians are foreigners (and not really Americans), or in the context the latest that Asians are responsible for the COVID -19 pandemic. Because of things like this, I always look for the victim’s potential to internalize the hostile message they received from the racially-based verbal transgressions.

Yasui: I think the literature is pretty strong in terms of how racial discrimination negatively affects mental health, and that’s for racially and ethnically diverse populations, not just Asian Americans. These cases increase anxiety and depression. There are adverse changes in mental health status and often this can lead to low self-esteem as well as poor coping behaviors. There really is a wide range of the kinds of effects of racism and discrimination that we face. For others, it may increase depending on the type of racism. For example, I mentioned how incidents of hate crimes really increased, especially after the pandemic started. Those who have been the direct victims of such encounters may also suffer from and struggle with PTSD (post-traumatic stress disorder). I think the psychological distress that comes from racism is actually widespread.

Q: In your work experience, what can people do to take care of themselves if they have been verbally harassed?

Ichiyama: Avoid social withdrawal. Reach out to your loved ones and people you trust. Pay attention to your reactions (physical, psychological, emotional and behavioral) to the verbal transgression(s). Be open to seeking mental health treatment. Not keeping what happened a “secret” is key. Friends or loved ones can reach out to support victims of racial transgressions. They don’t need to “solve” anything, but by listening carefully they can “heal”. Also, if anyone hears friends, acquaintances, or even relatives expressing stereotypes or misinformation about Asian Americans, they can speak up and help correct the misconception. Such acts can help prevent future suffering.

Yasui: It’s obviously important to take care of yourself individually, but I think that on a collective level, what can be very important in the healing process is to be able to share these experiences and to have recognition for them. One of the things that has been difficult for Asian Americans in the United States is that because they are a racial minority and because of the “model minority myth”, Asian Americans are often opposed to other racial groups, so experiences of discrimination and racism were sometimes not understood as well as other groups. What can happen is that the voices of Asian Americans can sometimes be ignored, and I think that’s something that younger generations have particularly struggled with. They grew up here in the United States, so they’re not like their parents or grandparents who emigrated, who may have a way of dealing with racism thinking, “Well, this isn’t my country.” I came here for a better life. While that doesn’t justify the acts of racism they’ve experienced, it could be one of the ways they’re coping. For those who grew up in this country, however, they don’t have the means that their parents and grandparents have to deal with racism because it’s the only place they know. Living in this position of being seen as a “model minority,” but also constantly seen as an outsider, has put Asian Americans in a unique position where they have had to really understand what it means to be part of a group. minority. What does it mean to be Asian American and what does it mean to be American?

What I’ve found, and I’ve seen this increase since the start of the pandemic and with the rise of Asian American racism, is that young people have come together to start sharing their experiences. This spilled over to local ethnic organizations, sparking discussions and allowing spaces to talk about what it means to be in America and what Asian American identity is. What is racism? What does it look like? This is something that I found very encouraging.

Fighting child marriage in India through school and mobile phone |

The autoimmune disease suffered by Jada Pinkett Smith, the wife of Will Smith