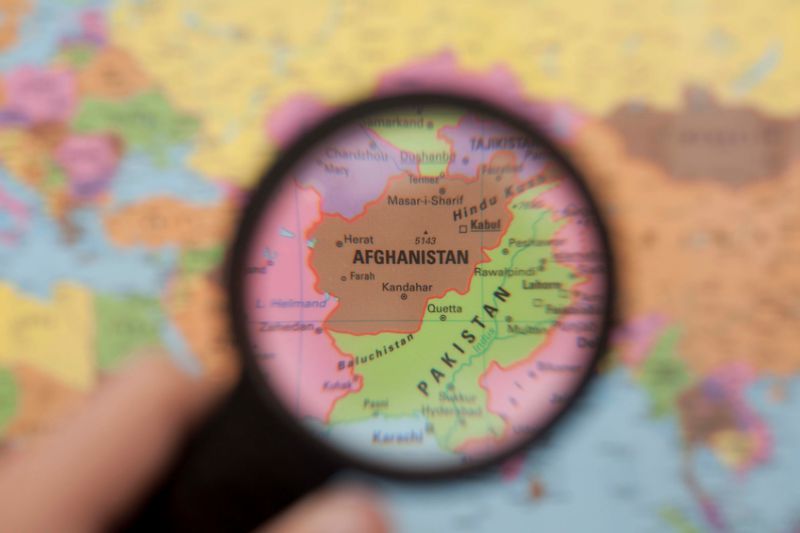 We must not abandon western funded Afghan researchers

For those of us who work with Afghan researchers, the events of August 15 – the day the Afghan presidential palace fell to the Taliban – can be replayed in our heads almost every moment, whether or not we are present. in the country at the time. Many of us anticipated the devastating consequences this change in political power would have for our Afghan colleagues.

Afghanistan presents an ethical paradox. The withdrawal of American troops, although more brutal and earlier than expected, marked the end of a conflict that has beset the lives of Afghans for the past 20 years. Yet the absence of war, in this case, is not peace. Throughout the conflict, local researchers were building a future in which Afghans could live in good physical, mental, social, spiritual and intellectual health. What has been achieved is now the target of violence and death threats.

An Afghan research partner working with one of us, for example, conducted research on mental health interventions for abused women. But when the Taliban took power, she had no choice but to flee her office, leaving all of her work behind. Her papers were subsequently returned to her, wrapped and shredded – a literal tear of her identity and portrayal, making her the person she was.

Like many Afghan researchers, she was in danger for the simple reason that she was linked to a Western institution: in this case, a university that produces a certain canon of knowledge rejected by Taliban ideologies. Therefore, his digital imprint also had to be erased for his own protection. She has now been silenced in the very way she fought against when recording stories of women survivors of violence as part of research.

There are around 350 researchers in Afghanistan who are funded from the UK’s overseas aid budget. Research in conflict contexts like Afghanistan is difficult but necessary. Conflicts threaten the marginalization and silence of voices, as well as the polarization of traditional knowledge in the vacuum of violence. Despite the dangers to which their work exposed them even before August 15, our Afghan colleagues have been unwavering, and our collaborations with them have advanced knowledge.

But now their lives and mental health are in great danger. They have virtually no recourse to outside support. In many cases, international academic relations are their only contact with potential sources of help. So as our research partners have become targets, some of us have had to take on a humanitarian role in response. This forces us to make decisions beyond our expertise and to be involved in procedures such as preparing evacuation lists or finding ways for people in immediate danger of crossing unsecured land borders.

However, our ability to provide aid has been limited by structural obstacles. In international evacuations, we tried to ensure safe passage for our colleagues, but most of the time we failed. We failed because, even as a collective team of academics in the UK, we could not wield as much influence either over our own government or the Afghan authorities to ensure that Afghan researchers could use the programs. official evacuation.

Despite their greater potential influence and power, our universities have also remained silent – and, therefore, less favorable. The targeting our researchers face raises serious questions about the moral responsibilities of universities and has revealed a lack of adequate policies and protocols as to whether and how to intervene in such situations.

UK universities appear to have no contractual duty of care to non-UK researchers working on UK-led research projects if they are victims of violence, accidents or environmental or industrial hazards. And they seem to have little understanding of the day-to-day lives of researchers in contexts such as Afghanistan.

We call on the UK government to provide a safe passage for researchers working on UK-led research projects. We call on universities to provide a funded sanctuary to our colleagues who are targeted precisely because they work with and for us. And we call on funders to establish insurance schemes that allow compensation for researchers who sustain moral, mental and physical injuries while working on UK-funded projects.

Our researchers are trapped in a system that opposes everything they have worked for. Whether they have contributed to research on gender-based violence, mental health, literature, journalism or even something seemingly innocuous like textiles, its association with UK universities and the UK government is viewed by the Taliban as anathema to their ideology. But as Afghanistan’s prominence in the international media begins to fade, the danger our colleagues face will all too easily be forgotten.

We ultimately call for greater recognition of how our research fits into the lives and identities of our researchers, so that we can conduct research ethically and respond effectively in humanitarian crises. And, by extension, it becomes a recognition of the hope and the meaning of the search for a better world.

Ayesha Ahmad is Senior Lecturer in Global Health at St George’s, University of London and Honorary Lecturer at UCL. Guntars Ermansons is a research associate in population health sciences, and Hanna kienzler is global health reader at King’s College London. Cornelius Katona is Mmedical director at the Helen Bamber Foundation and honorary professor at UCL. Simon goodman is such thatlecturer in psychology at De Montfort University.

Opinion: The mental health fallacy is hurting our generation | Opinion

Indian vaccinators, Karnataka: “Some of them fled into the forests after seeing us”

8 easy ways to be healthier

How to use a wellness wheel for a balanced life –